Cory Speaker
| No comments yet 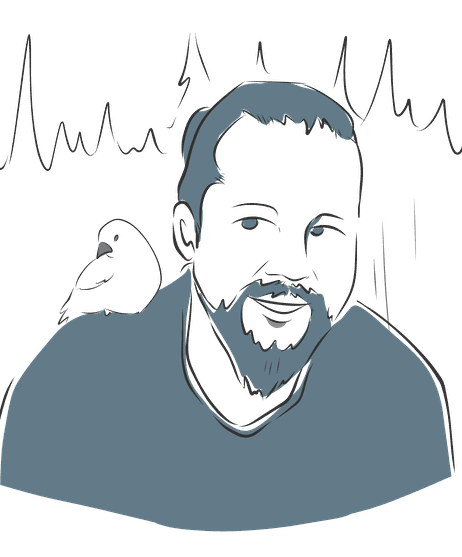 What is there to say about Cedric? I must say, he won't say it himself. A generally quiet man who loves to participate in team meetings by observation. You can count on him to show up and hang out, but don't expect him to have much to say. An enigma, wrapped in a mystery, tucked inside a codex, and surrounded by other similar clichés, let's try to figure him out. Meet Cedric!

What is Cedric's role at Hibou and what does that look like on a daily basis?

Being a Python Developer, one can assume that Cedric has the ability to learn quickly, a deep technical experience, and excellent time and task management. What makes Cedric a great Python Developer though is his positive attitude, his ability to focus on big picture projects, and being an ultimate team player that all the rest of us know we can count on. With no two businesses being exactly alike, and with Odoo functionality needing a tweak here or there, Cedric builds custom solutions to precisely meet the needs of our clients. He also tweaks here and there.

What was Cedric up to before coming to Hibou?

While he spent "many years in the wasteland, fighting off raiders and scavenging for gasoline," (his words, not mine), Cedric is happy to work from home. One can assume he simply means to say that the daily grind, the commute, the regular 9-5 office gig, is just not his style. Or maybe he is in fact a Road Warrior. Either way, while he is happy to work remotely, we're just happy to have him on our team.

What is Cedric's favorite thing about being on Team Hibou?

Obviously, the no-brainer answer is the people, of course! Having a knowledgable and helpful group of coworkers to tackle projects with makes working at Hibou a blast.

What’s something new or helpful that Cedric has learned  since founding the company?
That it is possible for people to live in 4 different timezones yet work together seamlessly to provide incredible customer service. I don't even have to make that answer sound good. Well answered, Cedric!

Enough about work! Outside of Hibou, what sorts of things does Cedric like to do with his time?

When Cedric is 'AFK,' it usually means he's walking his pit-mix, Duke, who he calls the "star of my Zoom calls." We're not arguing! Cedric also enjoys music ranging from Marvin Gaye to Windhand, John Redcorn to Sturgill Simpson. A bit mainstream, a bit off the beaten path, which makes perfect sense for a guy like him. A whiskey man, Cedric enjoys our after-hours Zoom calls usually silently sipping away, chiming in when he's got something to say or to let loose with a laugh at one of his hilarious coworkers.

If Cedric could have one superpower, what would it be and why?
Ah the whimsical power of flight soars again! Cedric's reasoning, plainly put, "I'm tired of walking everywhere." Well said my man, well said.

And that's it for now! Thanks for checking this post out and don't forget to explore my awesome teammates' Spotlight articles!